This year’s event was even bigger and better than last year’s inaugural event. Being held over a fortnight from 14th to 27th June, the Festival was launched with a Local Food Fair on West End Green on Wed 14th June, and there a second fair on Sat 24th. Both events were very well supported, with locals enjoying the fine fare from the local farmers market, live jazz, cookery demonstrations, fun and games for the kids and lots, lots more!

During the fortnight nine local restaurants featured specials on their menus using fresh produce from the local farmers market, which yet again turned out to be tremendously popular.

And on Thurs 22nd we held a sell-out screening of the film McLibel, which was followed by a Q&A with the film’s director and Camden resident Franny Armstrong.

Here are some photos from the launch event.

The Camden FoE stall was a centre for discussion and debate 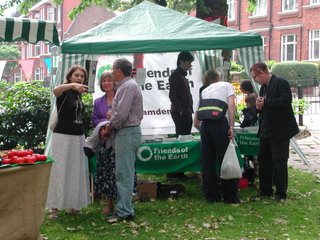 Event organiser Nikki prays that the farmers will deliver the goods … 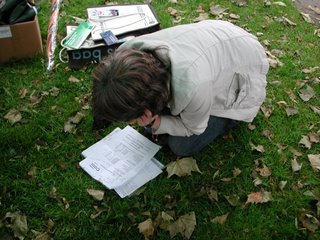 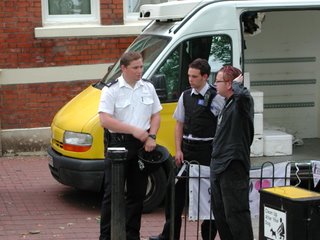 The tomatoes were very popular 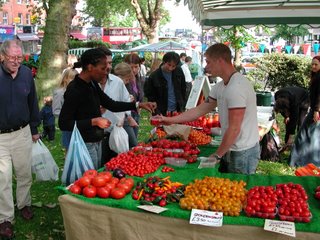 Would you buy a raffle ticket from these two? 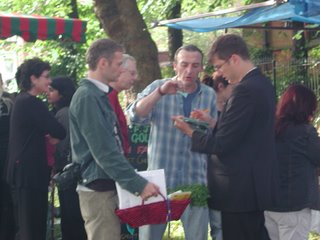 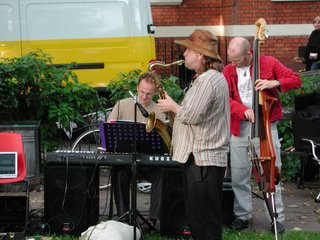 The produce was far better quality than the photography; me and my shadow… 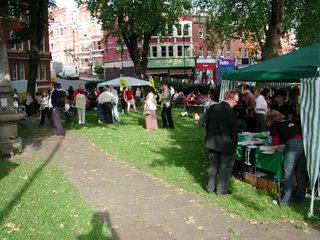